CULTURE
Baked to Perfection: Revel in This 420 Version of a Sensual 15th Century Dessert
AD
It's official: Ireland is on the (medical) cannabis map. And it's all thanks to cannabis activists and folks like Space Monkey, who are bringing delectable edibles and education to the people.
Published on October 2, 2019

The American Wild West is on the forefront in the fight towards cannabis legalization, but when is the last time anyone looked east? Like really east?

This past summer, I decided to pop into Europe to see what’s going on in the local scene and found a not-so-secret world of weed (thanks, Instagram!) complete with its own UK Cannabis Cup. And one of its top winners is a ridiculously cool pastry chef in Belfast working under a medical edibles collective dubbed Space Monkey. “I always get called a monkey in the kitchen … and everywhere,” he said.

Space Monkey makes the type of fancy-flavorful edibles worthy of glossy magazines and five-star restaurants. Though, let’s be real: most everyone who's ever worked in a professional kitchen knows at least five potheads and probably self-identifies as one. After all, there’s an undeniable link between terroir and terpenes fueling an exciting future in edibles (surely I’m not the only one geeking out over this!).

And heads up: Since Space Monkey is based in Ireland, all measurements here are in metric units (e.g. grams), not English ones (e.g. cups). If you're not familiar with metric units in the kitchen, check out this handy conversion sheet for getting rough estimates. If you want exact conversions, try this calculator instead. 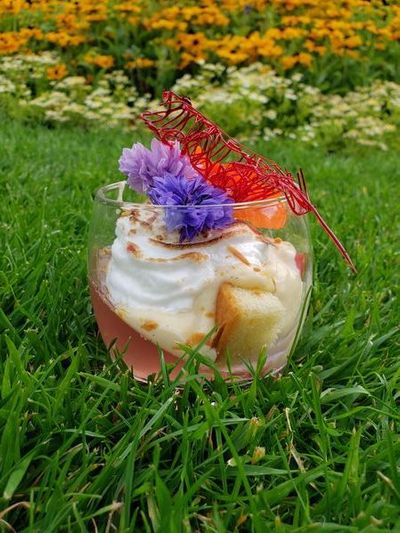 - Softened, plus extra for greasing

Heat oven to 170°C/150°C fan/gas 3. Butter and line the base of a 900g loaf tin with greaseproof paper. Using an electric whisk, beat together the butter and sugar until light and creamy then beat in the eggs one at a time. Add the lemon zest and vanilla. Now, beat in the flour and almonds until you have a thick batter. The batter should be loose enough that it falls off a wooden spoon, if it’s too thick mix in a splash of milk.

Tip the batter into the tin and smooth over the top. Bake for 55 mins to 1 hour until a skewer inserted in the middle comes out clean. Remove from the oven, then leave to cool for 15 mins and remove from the tin, peel away the paper, and leave on a wire rack to cool completely before slicing. The loaf will keep in an airtight container for three days.

Put the sugar and water into a small saucepan over a medium heat with a thermometer resting in the liquid.

Start to slowly whisk the egg whites either in a stand mixer or with a hand-held electric whisk until just starting to foam.

Heat the sugar until it reaches 121°C then slowly pour into the egg whites whilst still whisking.

Turn the whisk up to full speed and whisk until cooled to room temperature – the meringue is now ready to use. 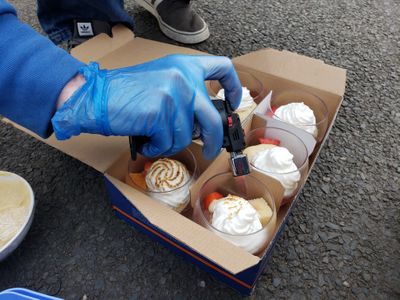 In a large mixing bowl, whisk together the eggs and sugar until they turn a pale gold colour. Whisk in the flour and cornflour and set aside.

Place the milk and vanilla bean paste in a heavy-bottomed saucepan, bring to a gentle simmer, stirring frequently. Remove the pan from the heat and let cool for 30 seconds.

Bring the mixture back to the boil and simmer for one minute, whisking continuously, or until smooth.

Pour the cream into a clean bowl and dust with icing sugar to prevent a skin forming. Cool as quickly as possible, by sitting the bowl of pastry cream in another larger bowl of ice water. When cooled, refrigerate until needed.

Cut strawberries, then combine them with the rose petals and add altogether to 200ml water. Cook for 10 mins, then add sugar and gelatin. Set for 24 hours. 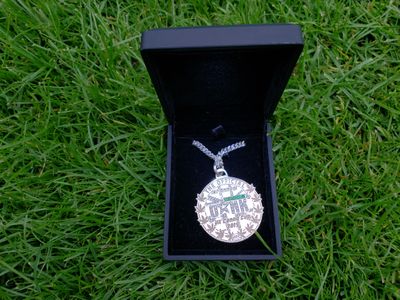 MERRY JANE: Tell us about how you started making edibles and your path to becoming the UK Cannabis Cup edibles winner?

Space Monkey Edibles: I started off with being a chef. I've always made sweets and stuff like that, and I love pastry. I've worked all over Belfast. Proper brasseries, everywhere. I worked in the back kitchen, but I was always interested in pastry. After that, I became a farmer, growing local here in Northern Ireland. We started to explain to people that cannabis is medicine. Then I started off making sweets for a friend called Raspberry Ruffle. We'd get loads of reports back that it was helping people with insomnia, chronic pain, and things like that. We realized, "Whoa, this is going to help lots of people, so might as well try to see what we can do with it." That was three-and-a-half years ago.

By farmer, do you mean with food or hemp/cannabis?

Fruit and veggies. I was all about bringing back the heirloom, like the white and red cucumbers — the way veg used to be. So, it was healthier, more vitamins, better for combating diseases...

Yeah, bringing all that back and showing people what they could grow in their own gardens for internal medicine and helping people with that. The Raspberry Ruffle thing took off, so I decided, like, "Let's see if we can actually help people medically with cannabis." And the whole edible thing slowly kicked off. Now, we're mostly concentrating on edibles, but we're all about medical and high quality results. We try not to use crop sugar or butter, and stuff like that. So it's all proper fresh stuff, so we know what's in it from seed to harvest. We make our own cannabis oil, and get it sent off for lab testing.

It gets tested in the UK.

Okay, yeah, so it's not legal there...but they have UK Cannabis Cups? Can you share your perspective on what's happening in cannabis culture in Northern Ireland right now?

It really sucks. There's so much good about CBD, but you still need the active compounds of THC and THCA. THCA is probably one of the best chemicals, and it's not going to get you stoned. But it's good for scars and stuff like that. I have a mate who was in a major car accident, and he's using THCA, and his scars are getting cleaner, healing quicker. There's less scarring.

I think Northern Ireland is completely backwards because you can have CBD, but you can't CBD bud. So, what's the difference in the CBD? CBD is good for people that want to smoke but don't want to get high and just want to chill out. It's great medically for people who want to eat CBD or use the cream and stuff like that. I think it's good as we move forward that the government has admitted that there are medical compounds in the plant, but they need to step up more. Because if it's coming from a doctor for medical, it's gotta be clean. What's the point in medical if you're basically just selling someone crap? That's what we're trying to get into: Showing that cannabis is not crap — it has many health benefits.

Gallery — TFW the Edibles Kick In

Let's talk about the recipe. What's going on here?

This recipe (zuppa inglese) dates back to the 15th century. There was a lord of England who was sent to Italy. He went over and was really missing this trifle. He spoke to an Italian chef who didn't speak English, and he didn't speak Italian. So, it basically came off as a soup dunk. The guy had his own versions — this is one of the closest to it. But the sponge is where it all came from. The Italian meringue uses creme patissiere, which is more French instead of your custard creams, which is all pastry creams. [laughs] It's summery, light, colorful, and bright.

A little classic, a little not! The bottom — the gelatin— is rose, right? So, all of this is local?

Everything came quite locally. All the edible flowers, we grow in the garden. The only thing we didn't get locally was the rose petals.

Okay, so you think this is an easy one someone can replicate at home? This isn't just an easy one for you, Mr. Professional Pastry Chef, right?

Yeah! That's right. Everybody can knock it up to impress someone. It's actually just more about preparation.

CBD
EDIBLES
UK
BAKED TO PERFECTION
MORE...
IN THIS STORY
CBD
Click to shop at our CBD store
Carly Fisher
FOLLOW
Carly Fisher is an award winning journalist, culinary expert and author of "Easy Weekend Getaways in the Hudson Valley and Catskills" coming April 2020 through The Countryman Press (a division of W.W. Norton). She loves cannabis in all forms, but is partial to top-shelf bud and anything that gets her pleasantly stoned.
Share this article with your friends!
AD
By using our site you agree to our use of cookies to deliver a better experience.
Accept
Decline
MORE FROM MERRY JANE