CULTURE
Baked To Perfection: Pan Au Chocolat Fit For Potheads From Cafe Marie-Jeanne
AD
Hailing from Chicago, this multicultural medicated treat is what munchie dreams are made of. But the recipe will make you work for it — so be sure to leave yourself adequate time for execution!
Published on September 20, 2019

Travel is what makes this life worth living. That’s why I’m dedicating this week’s "Baked to Perfection" to a recipe that highlights French-Canadian culture. It’s a French-style pastry from a chef-owner of a Quebecoise-inspired restaurant based in Chicago (which recently legalized recreational cannabis and is set to be an awesome new cannatourism destination for 2020). Sounds too good to be true, doesn’t it? Thankfully, we verify whether food is real with our taste buds instead of our ears.

Mike Simmons, chef-owner of Cafe Marie-Jeanne (ahem, Mary Jane) in Chicago is the force behind the Gan-Gianduja Croissant, a flower-infused pan au chocolat recipe that is so smart, it’s downright genius.

“Though our cafe isn’t named after our favorite psychotropic, smokeable flower (it’s named after an esoteric, no longer used bottle, a 2250 milliliter Marie-Jeanne which was used to bottle fresh claret from Bordeaux), it does happen to be French slang for weed plus we are enthusiastic marijuana smokers, eaters, and cookers,” he says.

Whether you’re an advanced baker experimenting with new ways to use weed or an advanced smoker who wants to level up your culinary skills, this is a moderately challenging, chef-driven recipe worth trying because the result is beyond extrasensory. Whether or not you can knock it out like a pro, you can still count on getting too high to care. But just be warned: This is a cooking project that one should only embark on if they have time for a multi-day cooking project. In other words, plan ahead! 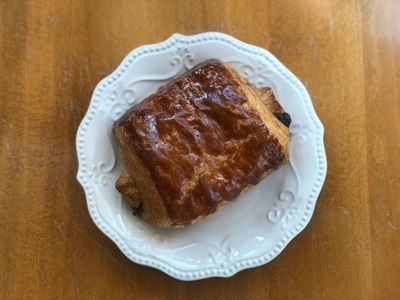 MERRY JANE: When did you start cooking with cannabis?

Mike Simmons: My step-dad has a little paperback book from the seventies called, Cooking with Grass. He was a big ol’ stoner. I found his book when I was like 14- or 15-years-old and tried a recipe or two out of it. Mostly, we’d just smoke up his weed. I rarely cook with cannabis now, but like to slip it into unexpected places — sweets mostly, because I’ve got a serious sweet tooth.

I was invited to dine at Oriole last year. Chef Noah Sandoval texted me that day asking if I was allergic to weed. I said “No,” and promptly forgot about it. About five or six courses in, a cloched plate arrived at our table filled with smoke. Our server described the dish as “smoked salmon with Green Goddess dressing and some other green components" and lifted the cloche. With a flourish, the smoke filled the room with the dankest smelling smoke. Every table turned to look at us — we were in a two-Michelin starred restaurant with a massive cloud of cannabis smoke streaming from the middle of our table. I swear, I was stoned for like ten minutes. Turns out they had filled the cloche with a cannabis smoke using some modernist technique beyond my comprehension. It was thrilling, delightful, and delicious.

Since legalization and the increase of consumer education, how has your approach to using cannabis as an ingredient changed?

I'm definitely more open to cooking with cannabis and glad to be able to explore it more. Dial it in a little. It helps to have a real metric for how much tincture or concentrate to use. I like precision with these things.

Let's talk about the recipe: what's good? How did you infuse the cannabis (oil, flower, concentrate)? Did you use a specific strain or terps to balance the flavors?

In this particular recipe, I like to use a full spectrum tincture. I find the terps play really beautifully off of the chocolate and the hazelnut in the same way that earl gray tea or super in-season citrus does.

Any lessons from the kitchen to impart about cooking with weed?

Know the provenance of your ingredients. Just like in any cooking, if you start with good ingredients, you end up with better food. Also: Measure! We cook with cannabis to feel groovy and share an experience, and you can’t do that if you’ve dosed too heavy and are sitting in your room rocking back and forth, listening to the same Fleetwood Mac song over and over and over.

- 2 ¼ sticks of butter (for rolling in; should be very cold)

- Transfer milk to a bowl, stir in yeast with a wooden spoon, then stir in flour.

- Let rise for about two hours or until active and a little bubbly. 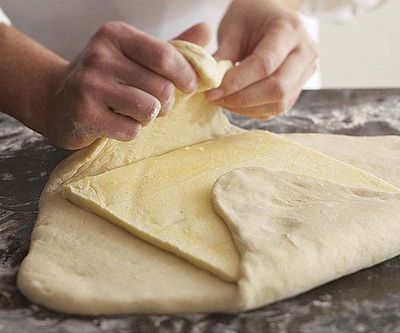 - Mix pre-ferment, yeast and half of the milk together on second speed with electric mixer until homogenous.

- Mix on first speed for 3 minutes. Let rest for 20 minutes.

After mixing for the final time, remove contents from bowl. Put it in a covered container and let it sit in the fridge overnight. When the dough rises, flatten it. It will take a few times before it stays flat, but flatness is ultimately what you want. That’s when it’s ready for lamination.

- Place cold butter on a lightly floured surface and dust the top with a little flour.

- Using a rolling pin, beat the butter, turning frequently and re-dusting with flour as needed until you have an approximately 1/3-inch thick rectangle.

- Place on a tray and refrigerate.

- Remove dough from refrigerator and place on floured surface.

- Roll into a rectangle roughly the same height and twice as wide as the butter block.

- Place the block dead center of the dough and bring each edge to meet in the middle of the butter.

- Use the rolling pin and roll the butter filled dough into a rectangle about twice the size as it started.

- Fold the dough in thirds over itself like a letter.

- Cover with plastic and refrigerate.

- On day three, remove the dough from the refrigerator and roll out in a long rectangle (approximately 20 inches long and 5 inches wide) and cut into 5 equal strips about 5”x5”.

- Place one bar of the cannabis infused gianduja at the edge of each square.

- Roll each piece of the laminated dough tightly around each bar.

- Place each roll seam side down on a lined baking sheet.

- Space evenly to insure they dont touch during proofing, and no more than three per sheet.

- Cover loosely with plastic and let rise (proof) in a warm place.

- When the rolls are light and airy and doubled in size, brush liberally with the egg wash and place in the oven.

- Remove from oven and let cool enough to be handled.

- Once they’re ready to eat, clear your schedule and enjoy with friends. 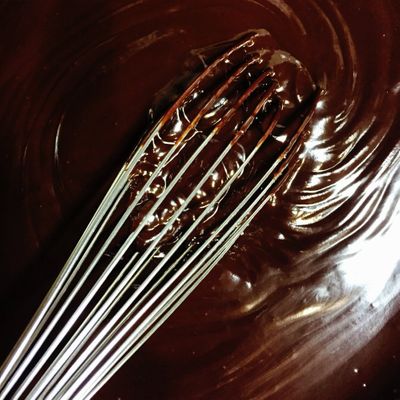 - Chop chocolate into pecan half size pieces, set aside.

- Place roasted hazelnuts and salt in the bowl of a food processor.

- Pulse the hazelnuts in the processor, stopping frequently at first, until they begin to resemble a nut butter; process on high until they are oily, creamy and shiny, then turn processor off.

- Add chocolate to the food processor and process on high until mixture is uniformly dark-chocolate colored with a chunky chocolate-sauce consistency.

- When fully incorporated, pour into a 6"x6" parchment paper or plastic-wrap lined mold. Be sure to scrape all gan-gianduja out of the bowl with a rubber spatula. This will ensure better yield and proper dosing.

- Place a layer of parchment paper or plastic wrap on top and refrigerate for two hours.

- Gently remove the gianduja square from the mold onto a cutting board. carefully remove plastic or paper liner and cut into 12 equal-sized bars.

- Place in an airtight container and refrigerate until ready for use. 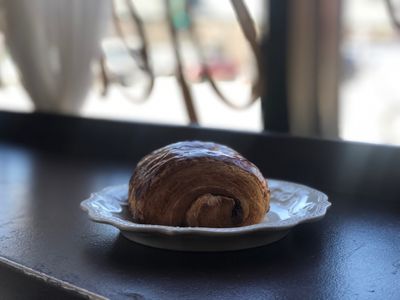 EDIBLES
FOOD
CULTURE
BAKED TO PERFECTION
MORE...
Carly Fisher
FOLLOW
Carly Fisher is an award winning journalist, culinary expert and author of "Easy Weekend Getaways in the Hudson Valley and Catskills" coming April 2020 through The Countryman Press (a division of W.W. Norton). She loves cannabis in all forms, but is partial to top-shelf bud and anything that gets her pleasantly stoned.
Share this article with your friends!
AD
By using our site you agree to our use of cookies to deliver a better experience.
Accept
Decline
MORE FROM MERRY JANE