CULTURE
Are Weed Hangovers Real, and How Can You Cure the Side Effects?
AD
A weed hangover, also known as a “hippie hangover,” can be a real pain on your brain. But there are ways to mitigate the side effects and alleviate symptoms.
Published on March 27, 2020

Talk to enough stoners, and one of them may eventually argue that weed beats alcohol on the merits of hangovers — or lack thereof — alone. While it’s true that the effects of alcohol consumption can produce some truly unwelcome, occasionally serious consequences, cannabis cannot wholly claim to be devoid of hangovers. At least, that’s what some people think.

Sometimes referred to as a “hippie hangover,” the reported symptoms associated with a cannabis-induced hangover range from mental fogginess and physical sluggishness, to a nagging headache. Though arguably minor when compared with the possible outcomes of drinking, there are consumers who swear that weed hangovers are real, as well as those that dismiss it as poppycock. So, what’s the truth of the matter? Let’s explore. 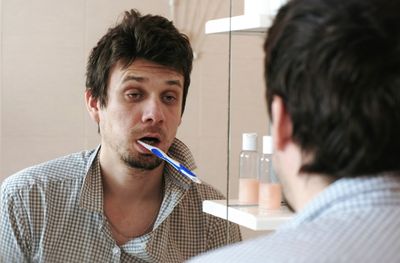 Are “Hippie Hangovers” For Real?

Part of the problem with determining whether “hippie hangovers” have scientific merit or are just “in our heads” is the absence of evidence for either claim. As of now, there are basically two credible studies that provide empirical proof on this subject. The first was done back in 1985, with researchers publishing their findings in the academic journal Drug and Alcohol Dependence.

The 1985 study, which included only 13 participants (all men), found that cannabis consumption — in this case, joints, specifically — could produce residual effects the following day. Unable to definitely state whether such effects were negative in nature, this (limited) study would stand alone until 1998. That year, Pharmacology Biochemistry and Behavior published a NIDA study conducted on a group of 10 men. Researchers ultimately concluded that upon consuming one joint, the residual effects were “minimal.”

In both cases, woefully inadequate sample sizes, as well as a gender bias, undercuts the gravity of these findings, but it’s readily apparent that a weed hangover is, at best, not something to be terribly concerned about. That said, there’s no reason to feel crummy, so read on for tips on how to send your hippie hangover packing.

How Long Does a Hippie Hangover Last?

If you’ve skipped straight ahead, we understand. You feel lousy, and you’re looking for answers that work. One thing to bear in mind: A hangover from cannabis has no specific definition, so the best way to alleviate your symptoms will depend on what you’re feeling. Some of the most common complaints reported by users include:

Given weed hangovers often result from overconsumption, especially when it comes to edibles, many of the tips and tricks for defeating your symptoms are superseded by the value of being careful with your dosages in the first place. Remember: Starting low and going slow is always the best approach. 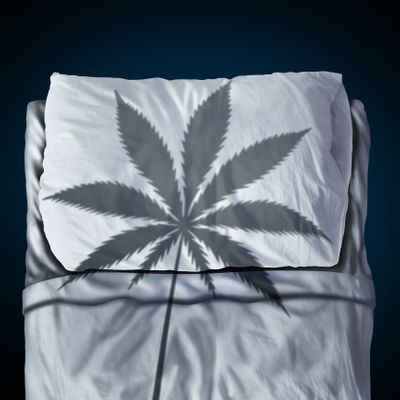 Now that we’ve gotten that out of the way, here are some quick remedies to get you back in fighting shape.

For mental fogginess and fatigue, try a cup of coffee or your preferred form of caffeine. A piping hot or slightly chill shower can also work wonders to snap your brain out of a fog.

Research hasn’t shown that cannabis causes headaches, but if you have one in conjunction with recent weed usage, simply treat it as you normally would. Dry eyes are another bummer. Be sure not to rub them (it never helps). Instead, grab some drops from your nearest corner store or pharmacy. Viola!

One final thought about weed hangovers: Avoid the “hair of the dog” approach, if possible. Instead, give your brain some time to rest before you consume more bud! It will only make your next experience with cannabis all the sweeter. Now drink some more water and take that hot shower!

HEALTH
ALCOHOL
RESEARCH
EDUCATION
MORE...
Zack Ruskin
FOLLOW
Zack Ruskin is a cannabis and culture journalist living in San Francisco. Follow him on Twitter: @zackruskin.
Share this article with your friends!
AD
By using our site you agree to our use of cookies to deliver a better experience.
Accept
Decline
MORE FROM MERRY JANE