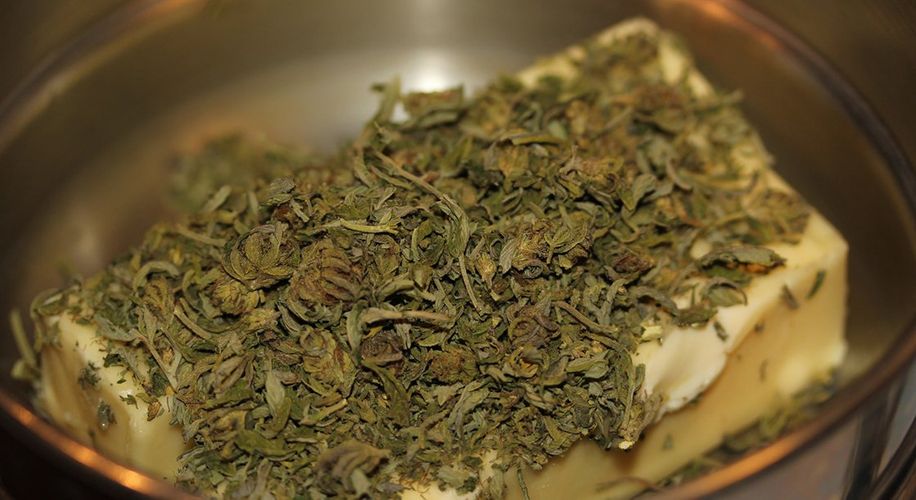 B. LeGrand, founder of 'Edibles Magazine' and the Edibles List Awards, talks raw cannabis juicing and what's next in the industry.

B. LeGrand, founder of 'Edibles Magazine' and the Edibles List Awards, talks raw cannabis juicing and what's next in the industry.

B. LeGrand is a formidable force in the world of cannabis. As the founder of Edibles Magazine and Edibles List, which conducts an annual awards ceremony to determine the best edibles in the business, she’s garnered a loyal circle of supporters and respect throughout the industry. The California-based publication is available both in print and in digital format with distribution in California, Arizona, Colorado, Hawaii, Nevada, Oregon, and Washington. The primary goal for Edibles Magazine is to educate readers about all things edibles and the healing effects of the plant, as well as cover current events or medical developments in the weed world. In honor of the Chinese new year, the magazine even published an insightful cover story that detailed the history of cannabis in China.

B. LeGrand is herself of Chinese heritage mixed with Scottish and English ancestry. Hailing from Hawaii, she's young, highly-intelligent, and a longtime medical cannabis supporter. After getting her doctor’s recommendation in the mid-2000s, she began noticing the “industry establish and grow from the ground up,” as she told one interviewer. In 2008, she moved to San Diego and began noticing “that there were no consistent edibles on the market,” leading her to start a website and listing service that was essentially a database for edibles makers. On top of highlighting notable vendors doing innovative stuff with the plant, she wanted to showcase sugar-free and low-fat products, as well as edibles for those with dietary conditions. The site eventually became Edibles Magazine.

“Our real focus is on medicine — where it’s made, what it’s best for treating. We made the site to help people,” LeGrand told MERRY JANE. On top of discussing her more altruistic goals with the magazine and platform, the publisher and activist talked to us about trends in the edibles biz, raw cannabis juicing, and her personal favorite marijuana-infused snacks.

MERRY JANE: Let’s get to it. What makes a great edible?
B.LeGrand: Keywords or phrases that come to mind are: Potency, feel, quality of ingredients, component of ingredients. Using great ingredients and quality cannabis is, of course, important. The method of extraction, as well as infusion materials, that you are working with plays a strong role. Taste is definitely a factor.

On the topic of taste, should one taste cannabis in an edible?
Some of us in the biz like that, but generally, for most patients, they don’t want to taste it. They would rather it tastes like the food or treat that they are expecting. For those of us who are regular consumers, we either can’t taste it or don’t mind it or actually like it. For the most part, it shouldn’t taste like cannabis, though.

In your opinion, are there specific strains that are best used for edibles to achieve specific results?
Yeah, it depends on what the edible is and how it’s being made. Terpenes are more volatile than the other components of cannabis, and the terps give specific strains a lot of the effects [eg. scent, taste, etc.]. If you did terpene extraction first and then reapply the terpenes later in the production process, that has an impact.

In broader terms, the difference between indica or sativa is not as extreme [in edibles] as it might be when smoking. When you eat edibles, the components pass through your liver before they hit your bloodstream. Whereas when you smoke, the effects are immediate. OG Kush is really popular for medical [edibles to help relieve pain or induce sleep] and Blue Dream seems to be popular for infusing [due to its euphoric effect]. It’s worth considering that a lot of producers use trim to infuse edibles. So there, it’s a combination and not always strain-specific.

Regarding decarboxylation — any tips for methodology when making edibles?
That’s kind of a new word in the cannabis industry lexicon that’s gaining momentum. Advice, be careful about too much heat—that’s important because you’ll cook the THC away. I’ve only seen this at infused dinner parties, but chefs are toasting flower just enough to decarboxylate it before sprinkling it on food, so that’s an interesting approach.

Does packaging play any role in determining the winners at the Edibles List Awards?
To an extent, yes. Packaging is one thing we consider for the competition, but we really try not to put too much emphasis there. We do want to focus on food and medicine, and we want to be as compliant as possible. You do want to make it look appealing and provide an aesthetic that invites the patient to be intrigued by it. You want it to be appetizing. A window to see the product might be advisable as well as the milligrams of CBD or other cannabinoids, nutritional value, and ingredients. Is it locally sourced with organic ingredients? People might be kosher or have allergies, so that’s something to note.

What is your opinion on the Prop 64 requirement that edible products clearly mark dosage quantity?
I don’t like the idea of having a max of 10 milligrams, which has been proposed. Some people who are really sick are only using [cannabis] medicinally [not recreationally]. If producers are making food with sugar and only changing the dosage but not the volume, then the caloric intake becomes too high for the consumer. All products sold should outline the dosage and provide advice on how to dose for that product.

What originally inspired you to focus on edible content with your magazine?
When I started the website initially, it was because I was looking for healthy edibles that would work with the fitness program that I was doing. I wanted something that wouldn’t interfere with my lifestyle at the time. Necessity being the mother of invention...You can search [our site] for products by type, and the site will show you everywhere close to you that carries the product. Our real focus is on medicine — where it’s made, what it’s best for treating. We made the site to help people.

What’s your favorite edible? Any particular shout outs for brands?
CaliGold dark chocolate bars with sea salt are made with cacao. Those are really good, and they have a tiny-sized option, so it’s not a super big, filling one. Also, the Heavenly Sweet Cherry Bomb brownie — I haven’t been able to get enough of that lately.

Any projections for the edibles industry in 2017?
More people are moving toward what is the absolute healthiest option. Raw cannabis juicing is great. If you don’t decarboxylate, then you have the THCa, which is a healthy supplement. Terpene reintroduction and full spectrum of terps — as many different cannabinoids as you can get is going to help positively affect people’s health in a variety of ways similar to that of flower.

What in your opinion is most exciting innovation for the edibles industry in 2017?
We are making better, more effective, healthier, products, and they can reach more people in more places than ever before. Someone with PTSD in Missouri unfortunately still has no access. A lot of people are in need and hopefully we will have the ability to extend our reach until all the people in need do have access.

One more thing worth mentioning is pet products. We have a 13 year old husky here at the office. Misty takes 20:1 pet CBD from Mackenzie’s Medicinals, and it’s like seeing the transformation of Benjamin Button! CBD helps to reduce joint pain for pets and for Misty, it’s almost immediately effective.

Stay tuned for the 4/20 issue of 'Edibles Magazine,' available on the app store, for more insights on the edibles of tomorrow and to learn more about cannabis medicine.