CULTURE
"American Relapse" Reveals the For-Profit Corruption of the Heroin Rehab Industry
AD
MERRY JANE talked to Pat McGee and Adam Linkenhelt about their doc on Florida and the opioid crisis, which highlights the many ways in which the treatment industry exploits addicts.
Published on June 3, 2019

Nearly 90 percent of heroin users relapse. The reality of this devastating statistic has fueled a billion dollar treatment industry that equates addicts to dollar signs. But that corruption has also spilled into the streets and transformed places like Delray Beach, Florida into strongholds for heroin dealers. Frank Holmes, a 38-year-old former heroin user, is on a mission to provide a solution for his fellow addicts by launching the Fuck Heroin Foundation, a support network for people struggling with opioid addictions. 28-year-old Allie Severino, who’s been sober for 10 years, adheres to the same M.O. Although the duo are at different points on the recovery spectrum, both work and live in the heart of Delray Beach, also known as the “relapse capital.”

American Relapse, a new documentary by filmmakers Pat McGee and Adam Linkenhelt, dives into the cyclical system of addiction and recovery by following Holmes and Severino around for 72 hours. The film — which also inspired VICELAND’s Dopesick Nation — gives a poignant bird’s-eye-view of how big business has turned rehabilitation into a profitable market, thanks to insurance money and betting on patient relapse. The doc also highlights how addicts themselves are taking matters into their own hands when it comes to treatment and harm reduction.

MERRY JANE talked to filmmakers McGee and Linkenhelt to learn about how Florida became the relapse epicenter of America, why the treatment industry is so corrupt, and what it was like documenting subjects who could relapse at any minute. American Relapse is out now and you can learn more about the doc here.

MERRY JANE: Can you explain how American Relapse inspired the VICELAND series Dopesick Nation and where you originally got the idea for this project?

Adam Linkenhelt: We shot four days for the first section and we knew it was going to take a while to edit everything. So, I cut a trailer just to help us get through it and give us the motivation to keep making [the film]. Then Pat had a meeting with VICELAND and he showed the trailer to them. That’s where the docu-series came from. Pat wanted to basically shoot a microcosm of what that whole life is, and what the heroin epidemic and rehab community looks like. We went down there for a weekend and filmed that roller coaster.

Pat McGee: We wanted American Relapse to speak the truth about the opioid epidemic. We wanted it to tell a story about addiction through the people at the bottom — those who struggle day-to-day. Not doctors, not people with PhDs, not law enforcement, but the point of view of people struggling with this disease day-to-day. We really wanted to get in the street, in the trenches, and on the front lines where people were really struggling. Frankie and Allie, two recovering addicts and unfiltered people that are helping other addicts get better, [give us] a window into that world. 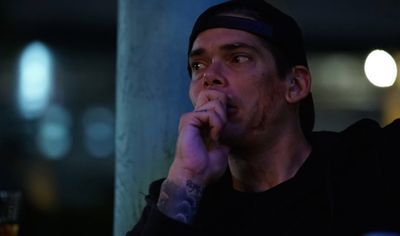 How did you get Frankie and Allie to open up about their lives?

Adam: Pat always connects with people in a way that makes them want to share their stories. He's a compassionate guy, but very blunt, and people from all over the country sense that no bullshit, salt-of-the-earth attitude and respond to it. They enjoy telling their stories to him. And that's just by being open and letting the subjects know that we're not perfect people. We're flawed in our own ways, and they respond to that.

Pat: We're like most Americans that have a friend or family member who might be struggling with this disease. Frankie and Allie opened up their whole world to us. They’re really brave to open up and trust us to tell their story. Because if people who are struggling don't share their story, we got nothing. The idea of this documentary was to really capture the essence of what's going on, and I think Adam is a very visual, in-the-moment person. He captures the grit and what's really happening in the street. I think that translates well to the audience. 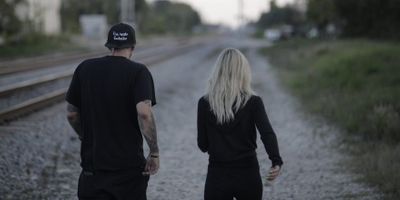 The film follows Frankie and Allie, but it also reports on the corruption of the billion dollar treatment industry. What did you find out, exactly?

Pat: As Frankie said in the film, “If there's money to be made off an addict, there are people down in Florida doing it.” As much as $120,000 can be earned per addict every three months. For years, the whole system was rigged and it looked at us millennials, our children, friends, and family members who are struggling with addiction as a monetary figure.

They get a kid in treatment for three months. He goes back on the street and relapses. Then they turn him back in again. It is a cash cow. It is the wild, wild west down in Florida. The whole treatment industry looked at ways to profit off the disease of addiction. It's sad. It's pathetic. It's greedy. Our healthcare system is filled with greed and it needs to change.

Adam: Number one, it's all fueled by greed. It's also people that society deems unfit and not qualified for respect. That makes it easier to profit off them and abuse them, I think. I hope that work, whether journalistic or documentary, about addiction can help change that, and help change the way society looks at it. It's sad and it's pathetic.

In the doc, subjects say that helping others is the most important step for addicts in recovery. Why do you think that’s the case?

Adam: It gave them a reason. If people didn't take the time to help others, then they almost forgot why they were staying sober. The last words spoken in the film are from Allie, and she says, "I've seen people get it. I've seen people get better. That's why I do what I do.” After all the tragedy, after all her struggles, after all the relapses she witnesses, she still believes. She has hope in the face of hopelessness. I haven't seen a lot of people get sober and stay sober. But I still have hope, just like Allie still has hope.

Pat: It was like they had a mission. They had marching orders. If you have some sort of motivation to help others, I think it really helps you to stay on the path and to stay clean. And I remember Allie, she turned to her friend Kelly and said, "You never completed the most important thing." And Kelly turned back to her and says, "I just don't have the time, man. I come home, I'm tired, and I'm beat." And Allie was so true in what she said next: "It's the most important thing, you gotta find time to help others.”

And that’s what separated her, considering she’s ten years clean, undefeated. Not one time relapsing. It separated her from Kelly, her best friend, who is a chronic relapser and was put into treatment again, as you see during Dopesick Nation. Allie got her into treatment and she was clean for 30 days. But her first day out, trying to make the transition into a sober home, she relapsed and passed away. It's having that goal, having that mission to help others, that really keeps you focused and keeps you out of the bad stuff. 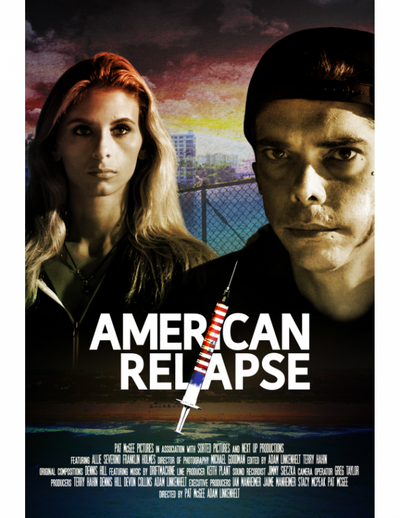 As filmmakers, what was it like filming the subjects when you knew that they could relapse at any moment?

Adam: We went in knowing that we couldn't look away. We might be sitting across from a person as they take out a needle and plunge it right in their vein. The truth might be ugly, but we had to document that. And if our heroes, who are not perfect people, who are complex humans, relapse, then we had to show that, too. Because by showing that, it paints the correct picture of trying to get sober, and of the whole 12 steps. A lot of people relate to Frankie, because he's eventually honest about relapsing. He says how hard it is. He doesn't pretend that he's a perfect candidate to be Captain Recovery.

Pat: A lot of people who are struggling gravitate toward Frankie, because he's honest. He's not talking at them, he's having a conversation with them. That's the most important thing. If we decide to look away and pretend it doesn't exist, it doesn't work. When we decided, “Hey, are we gonna sit there and watch someone stick a needle into their vein that's potentially loaded with Fentanyl, and that person can die next to our feet, die at our feet, are we good with that?” You gotta do a lot of soul searching to figure it out. You gotta have a clear conscience. You have to really sit and think to yourself, “Is this something that we can do?” And the answer is, yes. I know in my heart that if we don't capture this and tell the story for real, then what's the point?

For more on “American Relapse,” including where to watch it, visit the documentary’s website here.

INTERVIEW
HEALTH
WATCH THIS
DOCUMENTARY
MORE...
Seth Ferranti
FOLLOW
Seth Ferranti makes documentaries, films, comics, and writes for VICE, Penthouse, and OZY, among other publications. He spent 21 years in prison for LSD conspiracy charges and is now out in the world reaching for the sky. http://www.sethferranti.com/
Share this article with your friends!
AD
By using our site you agree to our use of cookies to deliver a better experience.
Accept
Decline
MORE FROM MERRY JANE