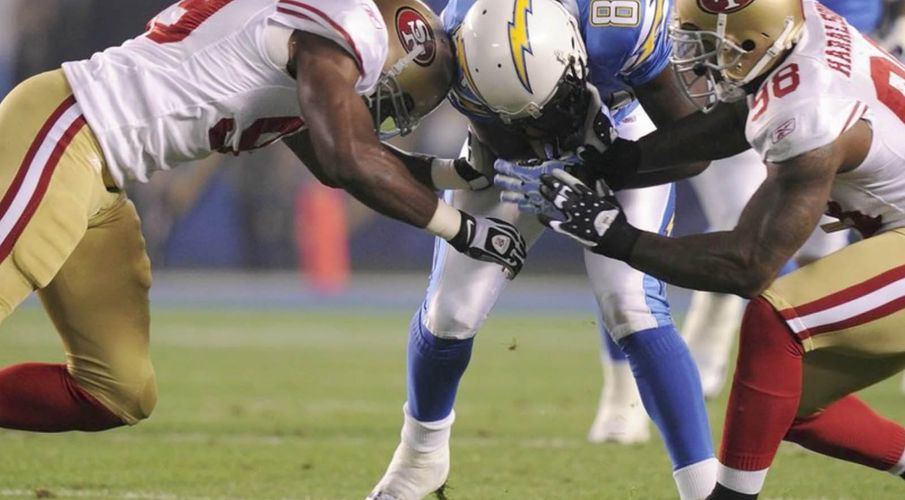 A Recent History of the NFL's Player Suspensions for Pot

The league claims to care about player safety, but continues to favor dangerous, addictive opioid painkillers over cannabis.

The league claims to care about player safety, but continues to favor dangerous, addictive opioid painkillers over cannabis.

For fans of football and cannabis, this Thursday marks the beginning of a season-long sesh, when the reigning Super Bowl champion New England Patriots host the Kansas City Chiefs to kick off the 2017–2018 NFL season. But while viewers in legal states are free to enjoy tokes and touchdowns for the next five months, the league continues to punish players who use the plant recreationally or medicinally — regardless of the state laws where they live. Commissioner Roger Goodell’s approach to medical marijuana is particularly troubling, as the league has claimed to care about player safety but continued to favor dangerous, addictive opioid painkillers over cannabis, which many gridiron gladiators use to deal with the physical and mental toll the violent sport — and in some cases, diseases — take on their bodies and brains.

Years after players like Ricky Williams put the league’s hypocrisy on blast, the NFL reportedly offered to work with the players’ union to study marijuana for pain management this summer, but the ban on blazing currently remains in place. Hopefully policy will change sooner rather than later, but for now these athletes are taking a risk anytime they try to take advantage of the benefits of marijuana.

To see what happens when a player is caught using cannabis, check out MERRY JANE News’ recent history of the NFL suspending players for using pot.