CULTURE
5 Reasons Why Cannabis Should Be Legally Allowed to Move Between States
AD
What are the benefits of legalizing cannabis commerce between states? There are many, and lawmakers, entrepreneurs, and consumers will all come out on top from it.
Published on October 8, 2019

In June 2019, Oregon passed a law that would allow it to enter interstate agreements to sell and export cannabis into other legal medical and recreational markets. In 2020, California is expected to introduce an interstate commerce bill of its own, priming it to be Oregon’s partner in this economic experiment. In July of this year, the State Cannabis Commerce Act, which would forbid federal agencies from interfering in cannabis commerce between consenting states, was introduced in both the US House and Senate. And when Oregon and California ask if you want some of their cannabis, there’s only one answer.

But why, exactly, should cannabis be allowed to move between legal states? Who will it benefit, and why should lawmakers and entrepreneurs welcome the initiative with open arms? 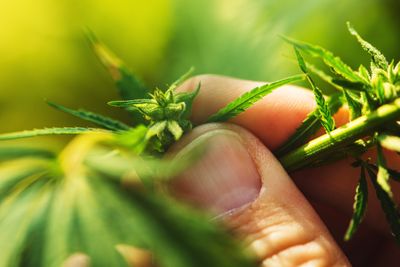 Just about anything can be grown nearly anywhere, if you build the right facility. But depending on where you are, you may need to expend enormous amounts of energy heating or air conditioning, humidifying or dehumidifying that facility. In addition, the water you need might be scarce where you are, or the local water may be suboptimal for cannabis. You can grow oranges at scale in New York, if you want. But it would be very expensive, and terrible for the environment.

Forcing states where cannabis doesn’t normally grow to produce enough cannabis for all of their needs — rather than bring it in from places where it does — is environmentally irresponsible.

In 2019, Illinois legalized cannabis for adults. In 2020, it is possible that New York, New Jersey, Connecticut, and perhaps other states will do the same. These states have always imported the vast majority of their (illegal) cannabis, and with good reason. It will take them years — probably at least 3-to-5 years — to build the necessary production capacity and fill shelves across those states. And there’s no guarantee that those products will be able to compete with existing illicit markets when it comes to cost or quality.

If these states were allowed to import cannabis from producer states like Oregon and California, retailers could fill shelves with legal, world-class cannabis almost immediately. That would bring tens of millions of consumers into the regulated market (and out of illicit markets) years sooner. 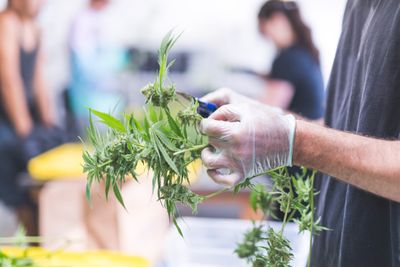 The current prohibition on interstate commerce means that we are heading towards a future with 30 or 40 entirely separate production industries. If you’re a multi-state operator, you have to have distinct manufacturing and production facilities in each legal market you’re selling product to.

A few of those state industries — primarily places with the right climate and conditions — will produce world-class cannabis inexpensively. Most states will not. But once federal prohibition ends, states will no longer be able to keep other states’ products out. When that happens, the vast majority of state cannabis industries will collapse, bankrupting hundreds of companies, destroying tens of thousands of jobs, and sending tens of billions of dollars of investment capital up in smoke.

33 states currently have some form of legalized medical cannabis. But in most of those states, the selection of medicine is limited, often at exorbitant prices, and of dubious quality. This forces many patients to settle for less, or get pushed into the illicit market, where products are often contaminated with mold, pesticides, or the residue of not-for-human-consumption chemical fertilizers. Allowing interstate commerce will give millions of sick and dying patients access to safe, affordable, diverse, and effective marijuana-based medicines. 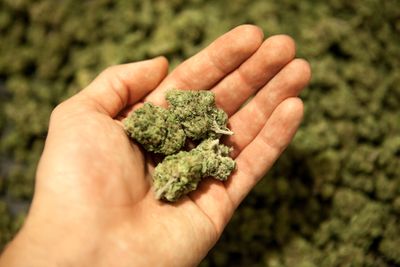 Cannabis lovers in every legal state (really, in every state) should have the same access to the world’s best cannabis products as cannabis lovers in the Emerald Region of Oregon and California. Making it legal for your state’s consumers to use cannabis, but not legal to get their hands on the good stuff, is not only unfair, it is an insult. “Nah sorry, you can’t have any of that Humboldt skunk, or that killer bud from Southern Oregon. Here, try this stuff grown in a warehouse… in Newark.” Um, no thanks.

The prohibition on interstate commerce in legal cannabis is bad for the environment, bad for law enforcement, bad for the economy, bad for patients, and bad for cannabis lovers. As 2020 approaches, and more state legislatures prepare to legalize cannabis, it is time to face reality. It is time to allow cannabis to move legally from where there’s world-class supply, to where there’s huge consumer demand. That’s actually what markets are set up to do.

LEGALIZATION
OREGON
BLACK MARKET
INDUSTRY
MORE...
Adam J. Smith
FOLLOW
Adam J. Smith, J.D., is the Founder and Director of the Craft Cannabis Alliance. In 1996, Adam launched an online newsmagazine devoted to drug policy reform. In 1998 he launched the HEA Reform campaign, winning back federal financial aid for students with drug convictions, along with Students for Sensible Drug Policy, now active in 40+ states and 30+ Countries. In years since, Adam has founded or helped launch numerous organizations and campaigns. His writing on drug policy has appeared in more than 40 print and online publications. The Craft Cannabis Alliance represents values-driven, Oregon-based companies producing authentic, world-class cannabis and fighting to end the drug war.
Share this article with your friends!
AD
By using our site you agree to our use of cookies to deliver a better experience.
Accept
Decline
MORE FROM MERRY JANE