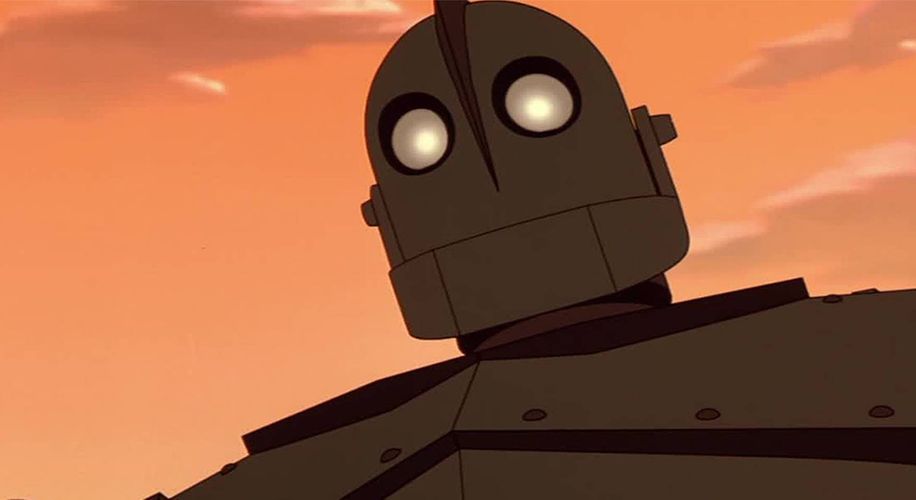 Featuring the underrated animated film "The Iron Giant," Sylvester Stallone in superhero mode, and Jared Leto being as pretentious as ever.

Featuring the underrated animated film "The Iron Giant," Sylvester Stallone in superhero mode, and Jared Leto being as pretentious as ever.

This month we’ve taken a closer look at some overlooked horror films and must-see B-movies. Now, with the recent debut of Rogue One on Netflix, it’s only right that we turn our attention to some next-level science fiction flicks.

If you still haven’t seen Rogue One, now is the time to do it. The stand-alone Star Wars film made MERRY JANE’s list of 2016’s best movies, and if you loved A New Hope, then Rogue One will be right up your alley — especially since it’s more or less a prequel detailing the events that lead up to the 1977 film.

For those still in the mood for more sci-fi action, we’ve got you covered. Fans of superheroes who don’t mind dark and edgy stories will want to check out They Call Me Jeeg, a film about a crook who develops ultra-human strength after a freak encounter in Rome. Don’t let the subtitles scare you or you’ll miss out on a tightly-paced and intriguing film.

If you’re more of a traditionalist, then Sylvester Stallone as the cult comic book character Judge Dredd, as well as the animated triumph The Iron Giant, will be more your speed. Judge Dredd is a mid-’90s curiosity that has aged well, all things considered. The Iron Giant is loosely based on a book, but you can tell that director Brad Bird (The Incredibles) grew up loving comic books. Bird infuses this timeless tale of a kid who discovers a metal-eating robot with references to Superman and the old school publication Action Comics. The film also addresses the prevalence of guns and other weapons in our society in a responsible manner. (Can’t get enough of superheroes? Well, Netflix also has Doctor Strange and Hellboy, FYI.)

Those interested in more intellectually stimulating material should see Mr. Nobody, starring Jared Leto. Just know that this cerebral exploration of how even the most seemingly insignificant decisions can alter someone’s entire life will wow some viewers and simply confound the rest. Whatever your reaction, there’s no doubt this is inspired filmmaking.

From a technical level, The Call Up is on the opposite spectrum from Mr. Nobody. This low-budget production about a group of strangers playing a deadly virtual reality game is nevertheless entertaining in the way only a B-movie can be.

While hiding out from cops, a small-time criminal (Claudio Santamaria, who gives a winning performance) inadvertently comes in contact with an unknown gooey substance which gives him superhuman strength overnight. That’s the basic premise of this dark, compelling superhero movie from Italy that is strictly for adults.

If you’re of the opinion that bad guys are usually more interesting than the heroes who always save the day, then Jeeg is for you. It’s probably more realistic to think that people would use super-powers for personal gain, just like this crook does. But things get interesting when our anti-hero is pitted against an even worse villain (a passionate Luca Marinelli).

The morally questionable aspects of this story extend to the hoodlum’s interactions with a neighbor, an emotionally disturbed woman (the quite good Ilenia Pastorelli) obsessed with Japanese anime and suffering from sexual trauma. The lead criminal is a loner who subsists on pudding snacks and porn, and doesn’t seem to have much experience with real women, which becomes apparent in a rough scene involving the neighbor that some will rightfully consider problematic. But, at the very least, this is a man who despite his massive faults, realizes the gift he’s been given is not his superpowers, but his chance at redemption.

They say there’s a fine line between love and hate, genius and madness. If there ever was a film that walks the tightrope between what some would consider great and others a pretentious mess, it’s Mr. Nobody. Its nonlinear, interconnecting storyline presents quite the challenge, to say the least. Either we’re watching something profound or being strung along by compelling visuals that lead to nowhere. (To be clear, the film does have a definitive ending — it just might not be the one most people are looking for.)

In the year 2092, a man about to turn 118 years old (Jared Leto wearing 100 pounds of makeup and latex) reflects back on his long life. Along the way, the viewer is asked to consider theories about the nature of time and the existence of extra spatial and temporal dimensions.

Mr. Nobody is certainly thought-provoking and striking to the eye, but at its core it’s a love story. You could say the obviously talented director Jaco Van Dormael has made his own Eternal Sunshine of the Spotless Mind. But even if you find the narrative dizzying, most people will relate to how the film explores all the different ways the old man’s life would have turned out had he made different choices. Because who amongst us hasn’t looked back at their life and thought, “What if…?”

It’s surprising that The Iron Giant didn’t do big numbers at the box office in the late ‘90s, considering it’s a high-quality kids film that had the backing of Warner Bros. You’d think it could have become a franchise. But whatever initial stumbling blocks this endearing film about a small town child that befriends a towering robot first encountered fortunately didn’t stop it from eventually finding the audience it deserves. Fans have long since deemed the finely crafted movie, which mixes traditional and computer-generated animation, a classic.

Set in the 1950s, The Iron Giant zeroes in on the importance of family and good deeds, but also doesn’t shy away from the Atomic Age fears of nuclear annihilation and Cold War paranoia about the Soviet Union’s Sputnik satellite. It also resembles Steven Spielberg’s E.T. with both films featuring a kid being raised by a single mom who must protect a lovable creature from the government.

And like Spielberg’s alien, the smartly-designed robot connects with viewers on a pure level, barely speaking any words. Good luck watching this movie without shedding a few tears during the emotional ending. It packs a punch, no matter how old you are.

Some movies, like The Call Up, are clearly not great from a technical standpoint, but many are just as fun to watch if you simply roll with them. These are movies in which the not-so-good acting and over-reliance on genre formulas actually work in their favor. In a way, it’s fun listening to terrible dialogue and guessing which better, bigger-budget films are being ripped off.

The Call Up is about gamers who meet up for a virtual reality seek-and-destroy mission, only to discover that they can be killed for real. The players are all archetypes we’ve seen before: the cocky alpha, the nervous nerd, the scared rookie. But where this scrappy effort excels is in knowing its monetary limitations. It makes the right decision in limiting the first person shooter camera angle and not overdoing it with simulated on-screen video game graphics. Strangely enough, it’s these lesser-known knock-off flicks that we often have hazy-but-fond recollections of many years later. The Call Up is no cult classic, but it’s got enough heart to make it worth your while.

The critics hated it, the box office numbers were a wash, and comic book fans nitpicked everything about it. Yet, over 20 years later, Sylvester Stallone’s Judge Dredd is not without its numerous charms.

Far less brutal than the better-received Dredd, which hit theaters in 2012, Stallone’s version is at times campy and tongue-in-cheek. It knows that you know it’s a movie based on a comic book. But the film also has impressive set designs reminiscent of Blade Runner and Total Recall (1990). The uniforms, designed in part by Gianni Versace, actually look alright — classy and functional. And the film has a few more surprises, not the least of which is a theme song by The Cure (!) heard during the closing credits.

Special mention also has to go to the villains, led by Armand Assante’s wild performance as the genetically engineered Rico. There’s also the hideous Mean Machine Angel (an underrated Christopher Adamson) and a pretty cool-looking robot that exceeds what you might expect from a ‘90s comic book hero movie. Granted, Rob Schneider is given way too much screen time as unnecessary comic relief. Even so, Judge Dredd succeeds in being a fun time-waster.