CULTURE
5 Celebrities Who Have Flip-Flopped on Pot
AD
While some celebs have suddenly embraced love for the sweet leaf, others have gone from tokers to anti-smokers — regardless of legalization.
Published on January 28, 2019

People are free to evolve in their views on pot. Overcoming cognitive dissonance is what enables us, as human beings, to change our minds on certain issues. What was once stigmatized and illegal is now legal to use in dozens of states in medical or recreational form.

So, as you might expect, there are many celebrities that have shifted their views on cannabis as America and countries across the globe begin to no longer see the plant as a taboo. While some celebs have suddenly embraced love for the sweet leaf, others have surprisingly gone from tokers to anti-smokers — regardless of legalization. Below features the top five celebrities who have changed their mind on pot at least once or more. 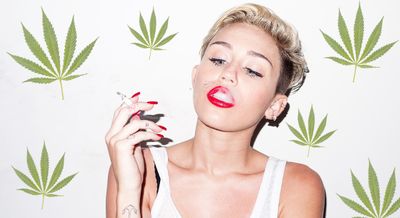 Recently Miley Cyrus announced that she is back on pot, after a brief break that lasted a little over a year. Giver her past, we all knew it wouldn’t last long. The young star has been on and off the weed wagon for some time now, and Cyrus’ family is apparently very chill with her consumption.

Cyrus explained that “my mom got me back on it” during a December 2018 interview with The Sun. Who wouldn’t want to smoke with the singer — and her mom — during the same session? Cyrus reaffirmed that she is back to smoking in a series of Instagram posts. “Hate makes you ugly. Weed makes you happy,” she wrote in a January 21st Instagram post — a subtle nod to her past Hannah Montana days. 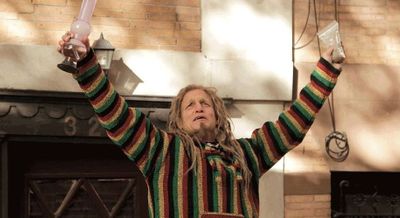 In May 2018, Woody Harrelson revealed on Ellen that he had broken his fast from cannabis after “almost two years” of sobriety. He admitted that legend Willie Nelson slapped some sense into him and smoked him out to break the ice. In the end, Harrelson acknowledges that pot is a mostly positive thing to have in your life.

Harrelson also admitted that he was forced to get high in order to endure a 2002 dinner with Donald Trump, an awkward meal that he described as being “brutal.” In 2016, Harrelson even tried in to invest in the Hawaiian cannabis industry, but ultimately was denied a license. 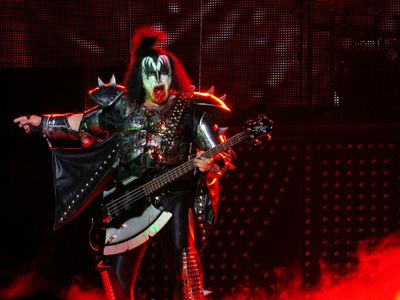 If you grew up during the ‘80s, you probably remember the litany of excruciatingly cheesy and ill-informed anti-drug public service announcements. Celebrities often got on the propaganda bandwagon, as seen in the Rock Against Drugs ads. Gene Simmons was one of several musicians to star in the PSAs and condemn drug use, which in the ‘80s always included pot. “Drugs make you cool!” Simmons says in the video, dressed as a ghoulish demon. Then normal Simmons appears and asks, “Do you believe that crap?!”

The ads didn’t work, but Simmons became notorious for his anti-drug and alcohol stance. Over the years, Simmons has been a talking head when it comes to pushing anti-drug messaging, and he’s been steadfast in his dedication to a straight-edge lifestyle. That didn’t really change until 2018, when he and his son published 27: The Legend and Mythology of the 27 Club. The book is an exploration of the many artists who died at the nefarious age, and Simmons admits in the intro that his once-unswerving views on substance use and addiction changed due to his son.

"I was judgmental, I was dismissive and a little arrogant — I was wrong [on cannabis]," Simmons also told TheStreet last spring. Today, Simmons doesn’t use cannabis himself, but the former KISS star is now chief evangelist for Invictus-MD, a Canadian cultivation company. The position apparently came with $2.5 million in cash, which could certainly explain his change of heart. 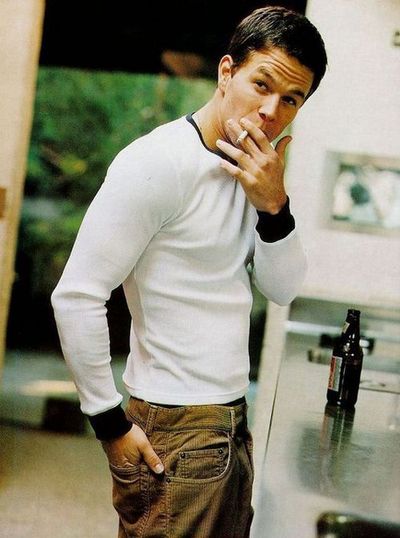 In 1991, Marky Mark and the Funky Bunch were kind of a big deal. To put it this way, the group had a number one hit in four countries and their own video game on Sega CD. They also slipped in suspicious drug-free references in their music — to the pleasure, probably, of big wig record execs.

Like New Kids on the Block, the group was safe enough for radio. “Drug-free so put the crack up,” Walberg rapped on his number one hit, “Good Vibrations.” “No need for speed, I'm anti D-R-U-G-G-I-E, my body is healthy!”

Smoking weed apparently was OK later on, though. Wahlberg publically hinted at his past pot use when detailing why he quit smoking. In 2011, he told the press that he stopped smoking after his daughter smelled a skunk and said, “Sometimes Daddy smells like that.” While he may no longer puff on the low, Wahlberg also starred in Seth Macfarlane’s Ted and Ted 2, both of which were crammed with weed gags. At least Wahlberg can joke about toking now. 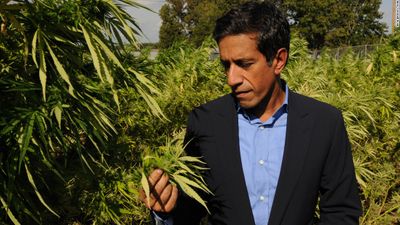 “Don’t do it; it’s bad for your health,” Sanjay Gupta once said before learning about the positive side of medical cannabis. It was a pretty clear denial of the plant’s benefits, as there are plenty of medical studies to support the claim that cannabis is anything but bad for your health.

Fortunately, Gupta is open to new concepts, and later made a complete reversal on marijuana. Gupta’s change of heart moment regarding weed came in 2013 when the TV doctor admitted that he was wrong about medical cannabis. Millions of people were paying attention, and Gupta has since continued to support the green.

420
LEGALIZATION
WOMEN
CELEBRITIES
MORE...
Benjamin M. Adams
FOLLOW
Benjamin Adams is a freelance writer whose work has appeared in a slew of publications including CULTURE, Cannabis Now Magazine, and Vice. Follow Ben on Twitter @BenBot11
Share this article with your friends!
AD
By using our site you agree to our use of cookies to deliver a better experience.
Accept
Decline
MORE FROM MERRY JANE